At the end of the ’80s and early ’90s most of the soldiers of the JNA (Yugoslav People’s Army) still wear the old grey-green uniform. This uniform and elements of this were used in the ’90s by the regular and irregular Serbian troops in Croatia and later in Bosnia and Herzegovina.
To the figure we give 2 heads, one in the typical cap, and one in helmet.

There are no reviews yet. 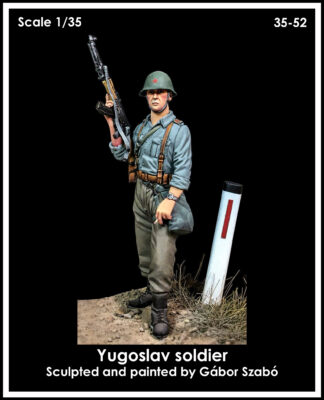