2 month ago a friend who returning to the hobby visited me and I show him some sculpting tricks, how he could update a commercial figure in Scale 1/35. He like the postapocalyptic subjects, so we built a “zombie killer” from the remainders box (BAM 35-20 Graffiti painter, 35-15 Modern driver and a head from the 35-21 Modern Asian conflicts head set). And we also built a base from Styrofoam and the new resin base of BAM. Ok, it sounds to a promotion, but in a workshop where you produce figures this is the cheapest way to build something. 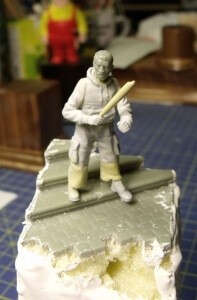 Later I was thinking on the instalment of this scene with more figures. First I built up a running man, but the “killer” was too static for him. So I got another idea and start a new subject: an average day in New York. The policeman closed the crime scene but the press workers want to correspond… 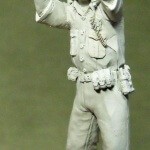 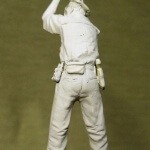 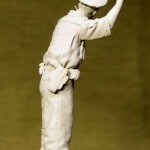 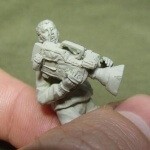 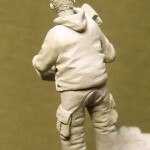 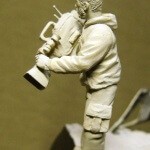 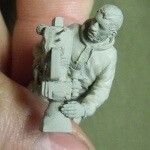 The afro newswoman is full scratch, by the policeman I used a head of a Hungarian soldier’s (BAM 35-22). 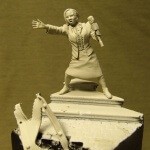 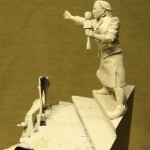 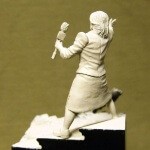 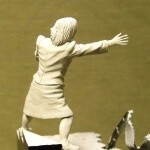 Figures aren’t totally finished, some works on the surface are needed. I’m not so satisfied with the composition, but it is not a big problem. A collector bought the figures and he will build a biger base with other idea. For me it was a good practice. 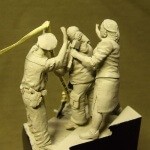 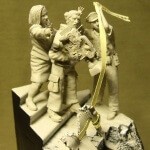